The head of the Tehran General and Revolutionary Courts, Abbas Pouriyani, has denounced what he refers to as “divorce brokers” and calls on police investigation of their activities. 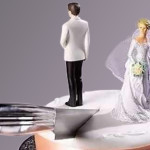 In an interview with the Shargh daily, Mohammadreza Alizadeh an Iranian lawyer explained that the so-called “divorce brokers are now charging between five million and 40 million toumans to obtain a divorce for couples in the shortest period possible.

The head of the Tehran General and Revolutionary Courts urged the public to assist the judiciary to identify and stop these “brokers”.

The most recent report from Iran’s National Registry reveals that Tehran has the country’s highest divorce rate and that divorces have increased by another 5.5 percent since last year.