The head of Iran’s Forest, Rangeland and Watershed department announced that 7,000 people are linked to the illegal seizure of national lands, and judicial proceedings have been filed against them. 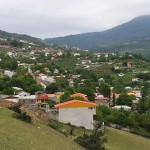 Khodakaram Jalali told IRNA on Wednesday November 18 that annually 30,000 hectares of national lands are being unlawfully appropriated, costing the government one trillion toumans

He said they have so far managed to obtain judicial orders for the return of 9,000 hectares.

Most of the illegal land appropriations have taken place in Tehran, Alborz, Isfahan and other northern provinces.