The Revolutionary Guards branch in Gilan Province announced that it has arrested a number of people for the charge of “inciting Azeris in Gilan and rallying them to chaos through the internet”. 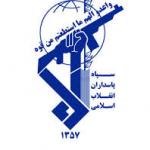 The head of the IRGC Cyber Department in Gilan told the Tasnim website that the accused were arrested in a “well organized, coordinated and powerful operation”.

Another local website reported that the IRGC has acted swiftly in stifling enemy attempts to incite ethnic Azeris in various cities in the province to initiate chaos and disturbances.

Iranian Azeris in various provinces staged protests on Monday to denounce a program aired on the National Broadcaster which they found insulting.

This is the third time the IRGC has arrested people in connection with the media across the country. President Rohani and his administration have been highly critical of the arrests.