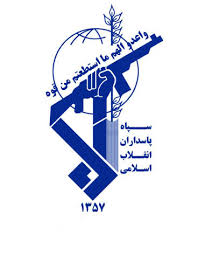 The Rahe-Dana website reported on November 3 that the Anonymous Soldiers of Imam Zaman made the arrests in coordination with judiciary officials.

The report adds that the five individuals are part of the “enemy’s plan to infiltrate the media”.

The site has reported the names of only three of the detainees as Issa Saharkhiz, Ehsan Mazandarani and Afarin Chitsaz.

Seda va Sima also reported the arrests and said the IRGC alleges that the detainees are linked to Britain and the United States.

Islamic Republic leader Ayatollah Khamenei warned in his recent speech that the enemy has infiltrated the country in various areas.

Some have speculated, however, that the arrests could be an attempt to silence journalists, especially in the lead-up to the approaching parliamentary elections.