Iran’s deputy justice minister says the country has a billion-dollar alcohol-smuggling racket, which he called a “shameful” mark for the country. 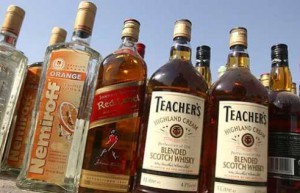 The Jomhouri Eslami daily reports that according to Alireza Jamshidi: “Last year, a billion dollars in alcoholic beverages was brought into the country; this is not befitting of the Islamic Republic system, and there needs to be serious action taken against it.”

Despite the restriction on the consumption of alcoholic beverages in Iran, the World Health Organization ranks Iran’s rate of consumption as the 19th highest in the world.