The head of Golestan Province Natural Resources says portions of the province are being transformed into a desert. 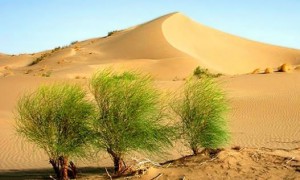 IRNA reported on Saturday October 31 that according to the Golestan Province official, the northern parts of the province, including 450,000 hectares of land in Gonbad Kavoos, Maraveh Tapeh, Gomishan and Agh-Ghola, are under severe threat of desertification.

The report adds that carbon sequestration plants are being prepared for implementation in the coming year to combat desertification.
Land erosion in Iran is said to be occurring at a very high rate due to both human and natural causes.

The government has only recently addressed the problem of unregulated construction and land development as a serious cause of environmental deterioration, leading to serious pollution, water shortages and land erosion.