German authorities have announced the arrest of a 31-year-old Iranian man on spying charges. 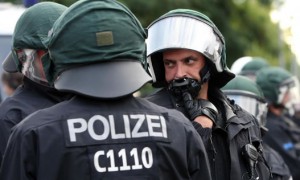 German federal prosecutors said on Wednesday October 28 that Maysam P., whose last name wasn’t given in accordance with German privacy laws, was arrested in Berlin on Oct. 23.

The suspect is accused of spying on the Iranian opposition group People’s Mujahedin of Iran since December 2013 and passing on information to Iranian authorities.

German police also announced that the homes of five other people suspected of similar charges have been searched.

Iranian authorities have not reacted to the news so far.