After the Iranian Foreign Ministry welcomed the victory of the Liberal Party in Canada and expressed hopes that it would translate into an end to Canada’s “extremist policies”, Iranian parliamentary speaker Ali Larijani was quoted as saying that bilateral talks with Canada should be held to “clear up a number of misunderstandings”. 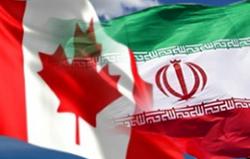 Khaneh Mellat reported on Thursday October 22 that in a meeting with Piotr Dutkiewicz, co-director of the Centre for Governance and Public Policy at Carleton University, Larijani said there may be some differences of opinion between the two countries, but Canada’s actions against Iran appear excessive, and he called for a dialogue to clear up “misunderstandings”.

On Monday, the Liberal Party defeated the incumbent Conservative Party in Canada’s federal election. Justin Trudeau, the leader of the Liberal Party, has been quoted as saying that his government would normalize relations with Iran.

Canada’s Conservatives, under the leadership of Stephen Harper, severed all relations with Iran, closing Canada’s embassy in Tehran and expelling Iranian diplomats from Ottawa.