Iran’s Department of the Environment says 10 dam projects have been halted across the country. 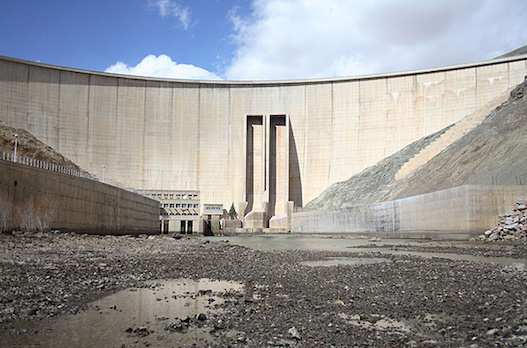 In a statement on Tuesday September 20, the spokesman for the department said while some of these projects may have already acquired permits, they will not be allowed to proceed.

Saeed Motesadi said many of these projects have been approved without adequate consideration of environmental factors that are causing serious problems today.

He cited the Urmia Lake thoroughfare road, which was built without factoring in the environmental impact and is now exacerbating the rapid drying of the lake.

He added that 1,500 dam-building projects were approved by the department from 2003 to 2013 through a seriously flawed process, adding that the department has overhauled the approval process for such construction projects.
Many experts as well as Iran’s current minister of power, Hamid Chitchian, have blamed overt and unregulated dam building as one of the chief causes of the rapid drying of lakes and other bodies of water across the country.

Iran has close to 300 dam-building companies, and many of them are linked to the Khatam-ol-Anbia engineering firm controlled by Iran’s Revolutionary Guards Corps (IRGC).

Parliamentary speaker to meet Putin at symposium in Russia