The IAEA announced on October 18, 2015 that Iran has agreed to the provisional application of the Additional Protocol to its Safeguards Agreement upon implementation of the Joint Comprehensive Plan of Action (JCPOA). 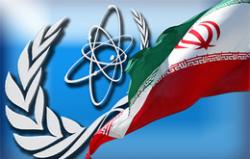 According to a report on Mehr News, the Additional Protocol will allow the IAEA broader access to review Iran’s adherence to the provisions of the nuclear deal with the 5+1.

The IAEA confirmed Iran’s acceptance of the Additional Protocol in a statement on October 18, and now IAEA inspectors will be allowed to carry out unannounced inspections of Iran’s nuclear facilities.

The nuclear deal between Iran and the 5+1, which was finalized last July in Vienna, is set for implementation on Monday October 19.

Britain has announced the implementation date and Barack Obama has signed off on guidelines to facilitate the lifting of international sanctions on Iran.