The IAEA said in a statement that Iran has complied with its commitments in clarifying all doubts about its nuclear activities. 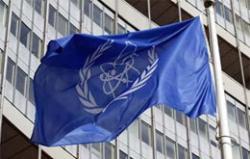 In a statement on October 15, the UN nuclear watchdog stated that “activities set out in the ‘road-map for the clarification of past and present outstanding issues regarding Iran’s nuclear program’ were completed”, and the Director General will provide the IAEA Board of Governors with the final assessment on the resolution of all outstanding issues on December 15, 2015.

According to the agreement reached on July 14, 2015, between Iran and the 5+1, IAEA inspectors had until October 15, 2015 to complete their investigations regarding the possible military aspects of Iran’s nuclear activities. Now the agency has until December 15 to draft the result of its investigations and assessment for presentation to the Board of Governors.

In recent years, the IAEA and Iran had some issues regarding the IAEA investigation of Iranian military facilities. The IAEA had specifically called for an opportunity to inspect the Parchin Military Base. Iran maintained that such inspections would be a breach of the country’s security.

Two months ago, Yukiya Amano was taken on a tour of the Parchin Military Base and Iran also provided the IAEA with collected samples from the site obtained under instructions from the IAEA.

Reza Najafi, Iran’s envoy at the IAEA, said on Thursday October 15 that Iran has lived up to its commitments in good faith, adding: “Now the agency is in a position to announce this file closed by presenting its assessment.”