Amnesty International has condemned the execution of two juvenile offenders in Iran in recent weeks. 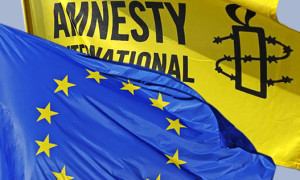 Samad Zahabi is another juvenile offender who was recently hanged for a murder conviction he had received at the age of 17.

“With this execution, the Iranian judiciary has yet again put on display its brazen contempt for the human rights of children, including their right to life. There are simply no words to condemn Iran’s continued use of the death penalty against juvenile offenders,” said Said Boumedouha, the Deputy Director of Amnesty International’s Middle East and North Africa Program.

On Wednesday October 14, the European Union also issued a statement condemning the execution of juvenile offenders and the general increase in the number of executions in Iran.