Iran’s Social Security Fund is canceling the insurance provided to 14,263 construction workers, whom it considers high earners, to make up for a budget shortfall. 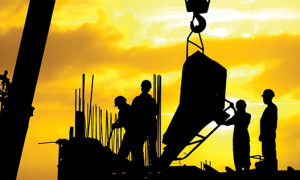 Mohammad Hasanzoda told the Mehr News Agency on Wednesday October 14 that more than 10,000 of these workers “are driving 80-million-touman cars”.

He added that their investigations indicate many of these workers have over 100 million toumans in assets in the banks, and close to 2,000 of them have properties valued at over 700 million toumans.

He added, however, that the insurance is being cancelled not because of their assets but rather because “construction worker cannot be considered as the main occupation of these individuals”.

Hasanzoda added that the insurance costs of construction workers were supposed to have been covered by revenues from zoning and construction permits, but less than a quarter of the revenues from these permits have actually been delivered to the Social Security Fund.

The Construction Workers Association says more than one million construction workers have no insurance coverage and are seeking coverage under the Social Security Fund.