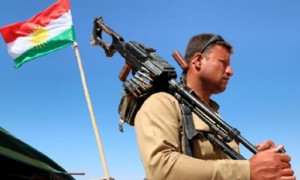 Reuters reports that the Kurdish militia operations began on Wednesday September 30, targeting the heights between Kirkuk and Hawija.

The location is three hours from Mosel, which has been under ISIS control since June of 2014.

The Kurdish Peshmerga have run several operations against ISIS forces in northern Iraq and took control of Kirkuk in 2014.

ISIS continues to expand its territory and in the past six months has added 500 square kilometres to its domain.