Iranian Parliament has voted against giving citizenship to the children of Iranian mothers and fathers who are foreign nationals. 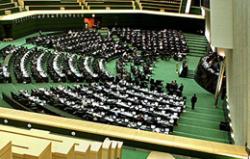 The Fars News Agency reports that during the Sunday session of Parliament, MPs rejected a bill proposing to give citizenship to children of Iranian mothers and non-Iranian fathers. Of the 198 MPs, 74 voted for, 84 against and 12 abstained.

A spokesman for the Social Commission of Parliament said it is estimated there are one million children born from marriages between Iranian women and foreign nationals and the children’s “status remains undefined”.

According to Iranian immigration laws, foreign national men who are in Iran illegally cannot obtain Iranian citizenship by marrying Iranian women, and their children will also be denied citizenship.

According to the report, these children are denied identification papers which consequently presents them with serious obstacles to accessing health, social and educational services.