Iran is sending Majid Majidi’s latest film Mohammad, the Messenger of God to vie for the Oscar for best foreign language film for 2016. 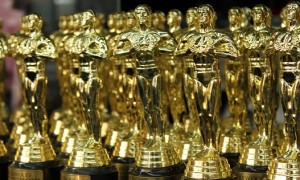 The Mehr News Agency reports that from the six films being considered in Iran, Mohammad, the Messenger of God was unanimously chosen.

What time is it in your World? by Safi Yazdanian, Mad Visage by Abolhassan Davoodi, Track 143 by Nargess Abyar, Tales by Rakhshan Bani-Etemead, and The Fish and the Cat by Shahram Mokri were the other films considered by the selection committee.

Amir Esfandiyari, a spokesman for the committee, said the criteria for selection called for “a fine representative of the country’s cinema” and relied on “feedback from presence in international forums”.

Mohammad, the Messenger of God depicts the childhood of the Muslim prophet. It is reportedly the costliest production in the history of Iranian cinema.