Forest fires that began burning in Dehloran Forest in Ilam on Thursday September 24 have consumed five hectares. Efforts to extinguish the fires have so far failed to achieve any results. 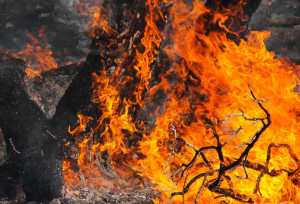 The Dehloran governor announced that the fires persist despite assistance from all neighbouring townships, and an emergency committee has been established to accelerate rescue efforts.

Ilam has 640,000 hectares of forests, and a number of forest fires this year have destroyed large swaths of forest area and very old trees.

The region affected by today’s fires are covered with old oak trees, meadows and grassland.