The head of the UN nuclear watchdog says the sample-retrieval process at the Parchin Military site measures up to IAEA standards. 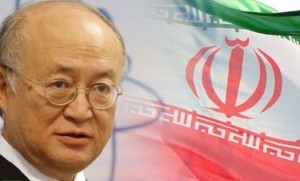 Yukiya Amano told reporters in Vienna on Monday September 21: “We feel fully confident that the process and the results so far are fully in line with our safeguards practices.”

The Deputy IAEA Director General Tero Varjoranta has been quoted as saying there have been 40 other instances in which the citizens of a country were allowed to collect the samples for similar verification protocols.

According to Varjoranta, the IAEA makes sure that sample-collection is up to standard using several measures: invasive monitoring by video and still cameras as the sampling takes place; GPS tracking of the sampling process; IAEA agreement on where the samples were to be taken; review of the inspection process by unspecified peers; and risk assessment and strict observance to make sure that procedures were followed step by step.

The IAEA chief paid a one-day visit to Iran on Sunday September 20 as part of an assessment by the agency that will be released in December and appended to the nuclear agreement between Iran and the 5+1 that was drafted in July in Vienna.

Accused attackers of MP going to court in October