Iranian sources say five Iranians were killed when a crane fell on the Alharam Mosque in Mecca. 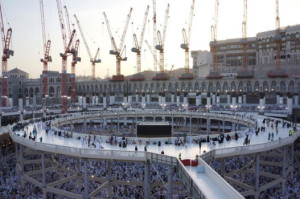 A spokesman for the Pilgrimage Organization of Iran told ISNA that seven Iranian pilgrims remain unaccounted for and 32 have been injured.

On September 11, only a few days after the start of the Haj pilgrimage ceremonies, a crane being used to build a tower on the mosque’s site fell due to heavy rains and winds. The incident in Saudi Arabia has left 107 people dead and 238 injured.

Mecca is hosting hundreds of thousands of Muslims from all over the world with the commencement of the annual Haj rituals.

In recent years, to increase the capacity and accommodate more pilgrims, the site of the Alharam Mosque, which is encircled by pilgrims during the ceremonies, has become the site of large construction projects.