A number of French companies including Total and Peugeot are planning a three-day visit to Iran later in September, the French association of employers known as MEDEF told Reuters. 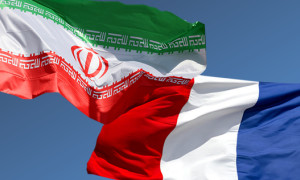 The head of MEDEF stressed the importance of the visit, saying that in the wake of the nuclear agreement between Iran and the 5+1, French companies have lagged behind the U.S., Asia and other European countries in establishing trade relations with Iran. He said this trip will seek to remedy the situation.

French ministers of foreign trade and agriculture will accompany the delegation to Iran.

On his trip to Iran on July 29, French Foreign Minister Laurent Fabius stressed that with the elimination of sanctions on Iran, France hopes to establish relations in areas such as the auto industry, aviation, the environment, health and agriculture.

According to the French Ministry of Foreign Affairs, France’s imports from Iran went from 1.77 billion euros in 2011 to 62 million in 2013 due to international sanctions against Iran. French exports to Iran in the same period went from 1.66 billion euros to 494 million.