The department of the environment says the forests of Golestan Province have no potential for exploitation and all tree-cutting in the province must be halted immediately to allow the forests to recuperate. 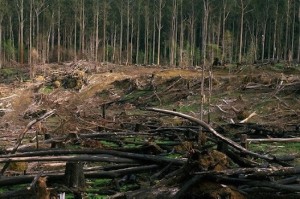 Esmail Mohajer, the head of the Golestan Department of the Environment, told the Mehr News Agency on Sunday September 6: “It is imperative that the plan for Forest Respiration is implemented right away in Golestan Province.”

He also mentioned a proposal to allot one percent of national oil revenues to the implementation of forest respiration across the country to allow the forests to recuperate. He said the proposal has been forwarded to Parliament but so far it has not found the necessary support.
Frequent forest fires and the over-exploitation of Iran’s scant forests have led to the rapid disappearance of these resources, so the ministry of the environment has come up with the Forest Respiration plan trying to halt human activity in the country’s forests.