The minister of labour has issued a directive to representatives of employers and employees to review workers’ living conditions in order to determine minimum wage rates for the coming year. 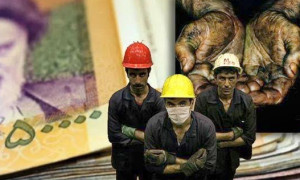 The Mehr News Agency reported on Sunday September 6 that the directive calls on both employer and employee representatives to form the task force to set the minimum wage for the new Iranian calendar year, which begins in March of 2016.

The task force, which is usually formed in the fall, is getting an earlier call to action this year.

While the task force is created every year, workers complain that its recommendations for minimum wage rates have remained well below what’s needed to cover household expenses.

In recent years, in addition to an inadequate minimum wage, workers have protested on numerous occasions about wages that are delayed or simply unpaid by companies.