A plague that attacks small ruminants has claimed the lives of 41 wild goats in Zanjan Province, creating serious concerns for wildlife in the region. 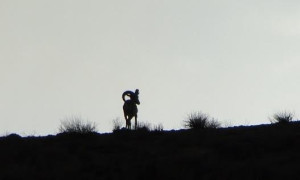 The head of the Department of the Environment in Zanjan said on Saturday September 5 it is highly likely that the number of deaths among the animals will be rising, IRNA reports.

Kharmanehsar Park is a protected area, and the latest counts said 1,000 wild goats live there.

On August 31, five wild goat carcasses were found in Kharmanehsar and signs of animal plague were identified. In June, a similar sickness in Arak killed 400 wild goats and ram.

The department has now formed an emergency committee to deal with animal deaths in Zanjan.