The head of drought and crisis management for the Iranian Meteorological Organization reports that 10 of the country’s provinces have been grappling with seven consecutive years of drought. 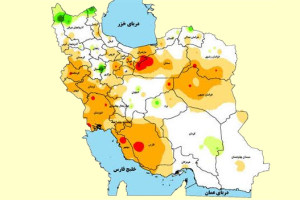 He added that another 19 provinces have also been experiencing milder levels of drought.

The country has been dealing with the effects of low rainfall and drought for the past seven years, and experts say the situation will persist for at least anther 20 years.

The water crisis has also been exacerbated by the unregulated exploitation of underground waters and the overuse of dams for agricultural projects.

The minister of power previously expressed concern about 500 cities and town across the country facing severe water crises.