Bloomberg reports that Indian Oil Corp.is considering a $3 billion investment in construction of a petrochemical plant in Iran. 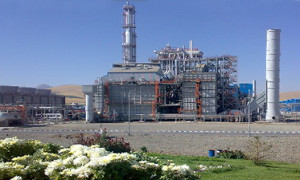 The report adds that the deal includes access to low cost natural gas as the raw material for the plant.

Last March an Indian trade delegation travelled to Tehran, according to Iranian media reports, to discuss participation in petrochemical projects.

The reports indicate that the bilateral discussions “behind closed doors in Tehran” revolved around Indian investment in construction of a number of new petrochemical plants in southern Iran.

During Iranian foreign minister’s visit two weeks ago, India’s minister of shipping and transportation also spoke of his country’s desire to invest in oil and gas projects in Iran.

According to the Bloomberg report on August 30, Indian Oil Corp is competing against Chinese energy companies as well as Shell Plc and Total SA for access to Iranian oil and gas resources which had become out of reach in recent years due to international sanctions.