Iran’s Minister of Oil says investment in the oil and petroleum sector in the past four years has fallen from $40 billion to less than $6 billion due to the drastic fall in the price of oil. 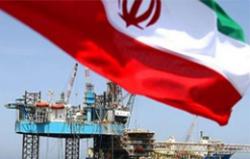 Bijan Zanganeh told a press conference on Tuesday August 25 that due to the falling price of oil, no additional budget has been allotted for investment in the oil sector.

The price of oil has progressively fallen from $108 a barrel in early 2014 to $40 dollars a barrel in the current market.

Iran’s oil minister announced, however, that oil production has increased by 15 percent in the past four months, adding that the ministry has faced difficulty in managing the extra production due to budget constraints.

Zanganeh stressed that as soon as the sanctions are removed, Iran will be ready to reclaim its lost market in the oil trade.
He added that natural gas developments in the Southern Pars Project will be held back for a year.