The Rohani administration announced that it has stopped paying government financial aid to two million households. 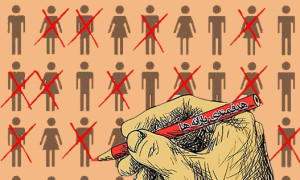 The benefit payments were set up after government subsidies on energy and food staples were scrapped under the Ahmadinejad administration. The monthly payments were supposed to offset the impact of rising prices on family budgets in the transitional stage of the restructuring. Every household received the payment, no matter its actual income.

The Rohani administration has been trying to scrap payments to high-income households in order to alleviate some budget shortfalls.

IRNA reports that government spokesman Mohammadreza Nobakht said there may be some disagreements about the eligibility criteria, adding that an appeal process has been instituted to handle any disputes.

Nobakht said the restructuring of subsidies as handled so far has not produced any revenues for the treasury and, in fact, has led to substantial withdrawals from it.