Rice cultivation in Fars Province has been banned due to a water shortage, Iran’s Agriculture Organization reports. 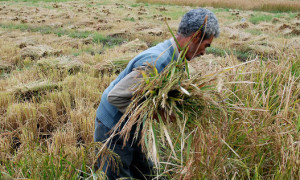 A spokesman for the organization told Tasnim that Fars province is “a dry province and not adequate for rice cultivation.”

He added that farmers who are only engaged in rice cultivation are being helped to switch to crops that need less water.

He said the province’s rice cultivation has been reduced in area from 40,000 acres to 30,000 acres and will now be reduced even further.

The Agriculture Organization has already issued a directive to ban rice cultivation in 14 of the 16 rice-producing provinces in the country.

The over-exploitation of underground waters and a widespread decline in precipitation have seriously depleted Iran’s water resources.