The protest by 120 contract workers on the property of the Eastern Alborz Coal Mine has lasted three days as they demand more than three months of unpaid wages. 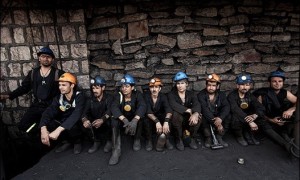 ILNA reports that the miners in Semnan began a sit-in on Thursday August 13, and their protest continues three days later.

The workers also say that their insurance premiums are not being paid in full to the social security fund.

The workers have had to resort to protests on several occasions in the past year for similar demands.