Advocate calls for aid for blind woman hurt in fall

A blind woman was injured after she fell into a sewage pit that was uncovered due to road construction in Tehran’s ward 14. 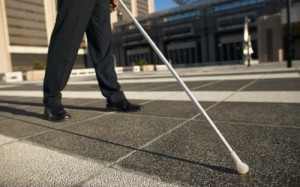 The managing director of the Association for the Defense of the Rights of Persons with Disabilities told ISNA on Friday August 7: “This 43-year-old blind woman fell into a sewage pit that had been uncovered as a result of ongoing road construction at 17 Shahrivar Street.”

He added that she has suffered fractured bones and sprains in her leg and other body parts.

He stressed the need for the municipal authorities to provide greater security and service for persons with disabilities. He further called on the ward authorities to visit the victim and provide her with financial and emotional support for recuperation.

The victim reported that the pit was not there when she left her home in the morning, and upon her return, there were no adequate alerts to warn her of the danger in her path.

The rehabilitation branch of Tehran Public Health reported last year that only 24 percent of Tehran city streets are appropriate for use by Persons with Disabilities, and the potential threat posed by the other 76 percent in effect ties them to their home, which can lead to serious depression.