A mine exploded on the Trans Asia railway line between Ankara and Tehran on Thursday July 30, damaging a number of train cars and part of the tracks. 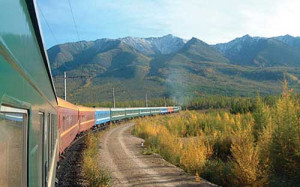 The Turkish website Harit reports that the explosion, which occurred in Bingöl Province in Turkey, left no casualties and the train continued on its way.

The report adds that the mine explosion was triggered by remote control.

Local authorities blame the Kurdish group PKK for the explosion although the group has not officially taken responsibility for it.
Last week, the Turkish government halted peace talks with PKK and began bombing its positions.

On July 20, an explosion in the Suruç district of Şanlıurfa Province in Turkey targeting Socialist groups led to 32 deaths and 104 injuries. The Islamic State of Iraq and Syria claimed responsibility for the attack.

Since then, the Turkish government has begun the widespread arrest of opposition forces.

Iran rejects alleged link to bombing hinted at by Bahrain