Iran’s minister of culture has called for a joint media campaign between Iran and Syria to fight against terrorism. 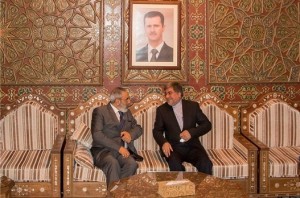 IRNA reports that Ali Jannati, who had travelled to Damascus to participate in an international media conference, said Iran is prepared to share its professional experiences and capabilities to develop bilateral relations with Syria to confront terrorism.

He added that the strategic alliance between Iran and Syria will continue in the future and Iran will soon establish a new centre in Damascus.

At a joint conference with Syria’s information minister, Jannati said: “Today a number of Western and Arab countries have reached the conclusion that there needs to be an international coalition against terrorism especially in Syria.”

He stressed that there also needs to be media campaign to fight against terrorism and its support from certain countries. He said media activities between Tehran and Damascus also need to be strengthened.