Iran’s President spoke about his government priority to develop relations with its neighbours in a telephone conversation with Qatar’s Emir on Saturday July 18. 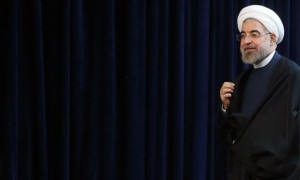 IRNA reports that in addition to extending Fetre Eid greetings to the Emir of Qatar, Hassan Rohani described the two governments as “friends and brothers” and said: “We should all join hands to stop persistent activities of terrorist and takfiri groups.”

Rohani mentioned the nuclear agreement between Iran and the 5+1 to Sheikh Tamim Bin Hamad Al Thani, saying: “This agreement shows that regional issues and differences between countries should be resolved at the negotiation table. We have no doubt that this agreement will be just as useful and effective for the people of Iran as it will be for strengthening security and prosperity.”

The Emir of Qatar reportedly lauded Hassan Rohani’s role in resolving the nuclear issue and said he is certain that the agreement will be effective in resolving many regional problems. He added that his country believes that cooperating with countries in the region is the way to eliminate the problem of terrorism and Qatar is prepared to continue relations with Iran especially in this regard.

Qatar is one of the chief supporters of the Saudi-led coalition against Houthis in Yemen. Iran has continuously condemned foreign intervention in Yemen and especially criticized the Saudi air strikes on that country.