The head of Iranian Public Health has announced the launch of sex and marital clinics as a form of implementing the latest recommendations of Iran’s Supreme Leader Ayatollah Khamenei. 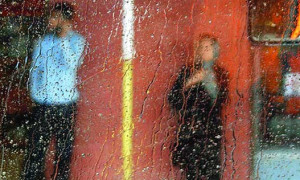 The Tasnim website reports that according to Mohammad Esmail Motlagh, the policies being promoted by the Sex and Marital Clinics include “health promotion, respect for the elderly and familial bonds, reducing mortality from infancy to the aged and promoting fertility.”

He went on to add that the fertility rate in the country is currently at 1.8 and needs to be increased to 2.1. He added that only two provinces have fertility rates higher than 2.1, and in these cases there will be more emphasis on mother and infant health.

The clinics will reportedly have gynecologists, internal medicine specialists, members of the clergy and lawyers on site to advise clients on all aspects of sex and marital life.

Another concern for the clinics will be addressing the problem of rising divorce rates through marital counseling.

Last year, Iran’s Supreme Leader changed his former stance regarding population control and called on all government bodies to encourage population growth. Since then, the government has made many changes in its population-related policies to promote childbearing.

Hookah use banned in public