The number of wild animals dying from an animal plague in the Seven Peaks region of Arak has reached 311, says the head of the Markazi Province Department of the Environment. 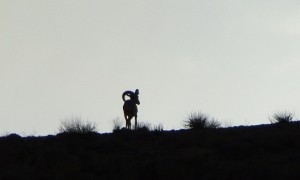 The Tasnim website reported on Tuesday July 14 that the exact number may be much higher because rams and mountains goats in the region frequent high altitudes and difficult passes.

Reports indicate that authorities have known since June about the plague contagion among wildlife in the region.

The area is reportedly protected, and stock animals, people and tourists are prohibited from entering the area.

The Department of the Environment says the use of disinfectants in watering holes has not been very effective so far in combating the contagion, and now veterinarians have suggested a the addition of a stronger agent, with the department giving assurances that this will have no side effects on the wildlife.

Millions of rural Iranians getting water from mobile tankers