The Indian coast guard arrested 12 Iranian fishermen on a fishing boat in the Indian Ocean on July 5. 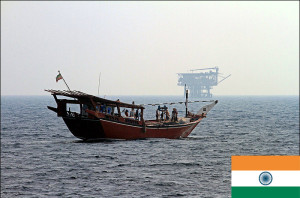 The Associated Press reported on Sunday that authorities stopped the Iranian fishing boat in India’s southwestern coastal waters and detained the 12 fishermen onboard.

Indian police report that on Friday they received intelligence regarding a smuggling vessel off the southwestern coast of the country and they managed to identify a suspicious vessel on Sunday.

Kerala police report that the detainees are suspects and are being investigated for smuggling charges and violating Indian security laws.

Indian media also report that the police discovered a Pakistani cell phone and ID card on board. Other reports cast doubt on the nationality and intent of the detainees.

Iranian authorities have not yet made any statements regarding the arrest.