Iran’s National Gas Company has paid 35 billion toumans in damages to the Department of the Environment for damaging the Dena Forests with its activities in Kohgilouyeh and Boyerahmad Province. 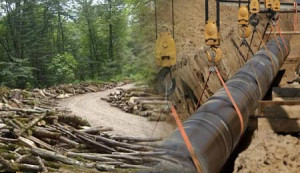 ILNA reports that the National Gas Company has paid damages and was also ordered to halt the installation of 56-inch pipelines in the Dena Forest region for four years.

The head of the province’s environment department announced that the gas projects in the area have been halted, saying: “Development in the region should give priority to environmental protection and the promotion of natural tourism.”

The head of the judiciary has issued a directive giving priority to environmental offences affecting the country’s natural resources, specifically forests, fields and bodies of water.

National reports indicate that 54,000 hectares of forest in the Zagros region is being destroyed each year.