Iranian Justice Minister Mostafa PourMohammadi says the legislation regarding the Islamic tenet of “Enforcing Good Behaviour and Forbidding Bad” is breaking rules about the branches of government and their jurisdictions. 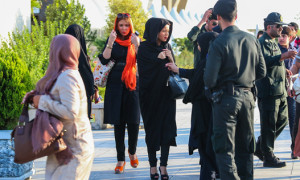 The legislation in support of volunteers being dispatched around the city by mosques in order to enforce hijab and moral behaviour was recently approved in Parliament and given the go-ahead by the Guardian Council.

PourMohammadi said the president’s letter described the tensions that could rise out of the legislation. Ayatollah Khamenei has accordingly forwarded the issue to the Dispute Resolution Committee of the branches of the government.

The committee is a body that was established three years ago by Iran’s leader to maintain harmony among the branches of the government. Ayatollah Hashemi Shahroudi, the former head of the judiciary, sits at the helm of this committee.