On Wednesday July 1, Janbazan Gardens in Shahrekord was announced as the country’s first designated smoke-free park. 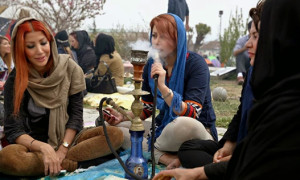 IRNA reports that the head of the College of Physicians in Chahr Mahal Bakhtiyari Province said the park’s designation is an educational initiative to prevent smoking.

Morteza Hashemzadeh said smoking cigarettes or hookah is completely prohibited in the park, as is the sale of tobacco, and any violation will dealt with as an offence.

In September, a spokesman for the ministry of health announced that 7.7 million Iranians consume some form of tobacco, and four percent of deaths by Iranians over age 30 are related to smoking.