Negotiations over of the nuclear disputes between Iran and the 5+1 have been extended for another week by consent from both sides. The talks were supposed to reach their culmination today with a comprehensive draft of the agreement. 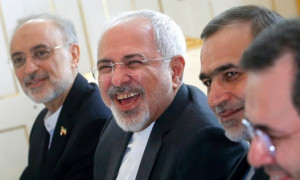 AFP reports that the European Union has renewed the suspension of sanctions against Iran for another week. The EU sanctions were suspended as a show of good faith in 2014.

Marie Herf US spokeswoman also reported that the parties have agreed to a seven day extension of the negotiations.

Reports indicate that there are still some serious issues that need to be resolved in order to draft the final agreement. The unresolved issues appear to be over the timeline of removal of the sanctions and the mechanism for monitoring of Iran’s nuclear activities.