Shiraz and Hamadan officials reports that since the beginning of the month of Ramadan, 600 people in total have been arrested in the two cities for breaking their fast in public. 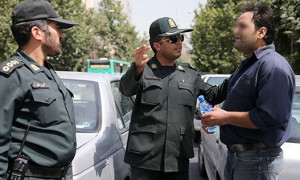 It is an offence for people to eat or drink in public during the month of Ramadan under Islamic Republic laws. Muslims fast from dawn to dusk for a whole month during Ramadan.

Hamadan security forces report that 100 people have been detained for breaking fast in public. They add that they were released after “expressing regret and committing to refrain from repeating the offence”.

A few days ago a restaurant in Shiraz was shut down by the prosecutor’s officer for serving food during Ramadan. Earlier Hotel Shariyar in Tabirz was also shut down for similar reasons.

The International Campaign for Human Rights in Iran reports that 207 Iranians citizens were flogged for breaking the fast in public last year.