Iranian Foreign Minister Mohammad Javad Zarif returned to Vienna together with the head of Iran’s Atomic Energy Agency on Tuesday June 30. A number of issues reportedly still remain under dispute in the nuclear negotiations. 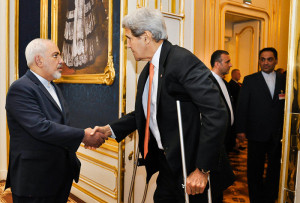 IRNA reports that the Iranian team will have separate talks with the American and Russian foreign ministers.

Today, June 30, had been set as the deadline for finalizing the agreement between Iran and the 5+1.

John Kerry, the U.S. secretary of state, said on Monday that it is too early to comment on the final agreement.

Federica Mogherini, the EU foreign policy chief, has been quoted as saying that both sides are committed to meeting the June 30 deadline, but if a few more days are needed, there will be flexibility.