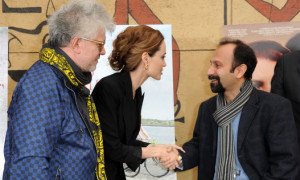 Khabar online reported on Monday June 29 that Farhadi will soon begin production of his latest film in Tehran, and his next project will be an international one to be filmed in Spain in October of 2016.

The report gives no details about the content of the film; however, some Iranian websites report that the film is about an Iranian in Spain in a crime/adventure story that will be filmed in both Persian and Spanish.

Farhadi’s first film made outside Iran was The Past starring Berenice Bijoux and Ali Mosafa, and Bijoux won the best actress award at Cannes.

Farhadi’s A Separation, made a year earlier, won the Oscar for best foreign film in 2011.