Iranian Foreign Minister Mohammad Javad Zarif says his return to Tehran was pre-planned and that except for John Kerry, who has remained in Vienna due to the physical strains of his broken leg, all other foreign ministers are also back in their respective countries. He added that he will return to Vienna on Tuesday to carry on with the negotiations. 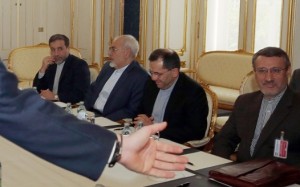 The Iranian foreign minister returned to Iran on Sunday, only two days before the deadline the parties have set for finalizing the nuclear agreement.

Zarif met with the British, German and EU foreign ministers separately on Sunday.

Federica Mogherini, the EU foreign policy chief, was quoted as saying on Sunday that the parties have shown the political will to reach a final deal.