Iranian Parliament announced that recent research indicates repeated droughts have led to the desertification of two-thirds of the country. 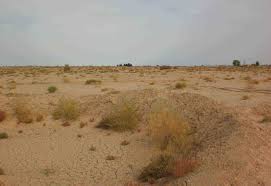 The Shahrvand daily reports that the statement from Parliament also indicates a significant decline in the country’s water resources in the past 20 years.

The report indicates that the number of regions where water extraction is banned has increased from 15 to 319 in the past four decades.

Following the 1979 Revolution in Iran, the Islamic Republic issued permits to allow thousands of wells to be dug across Iran to promote agriculture, which experts now consider to be a chief cause of the drastic decline in water resources.

The water crisis is such that more than 6,000 townships get their drinking water from tankers.

Parliament’s agricultural commission says that so far the government has only been issuing warnings and has no specific plan to remedy the water crisis facing Iran.

Recent reports indicate that precipitation in Iran has declined by 18 percent in the past year.