Iran’s deputy minister of power says the country’s water crisis is linked to overconsumption, and a proposal has gone to the Council of the Economy to raise the price of water for those who use a lot. 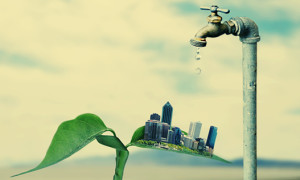 Tasnim reports that according to Rahim Meydani, the ministry is recommending an immediate price increase for high-volume water consumers.

The report adds that while 72 percent of consumers have a reasonable consumption rate, 28 percent consume water at a high rate.

Iran’s per capita use of water each day is said to be 300 litres. This is twice the world average for water consumption. The World Health Organization says the standard for daily per capita water use is about 150 litres per day.

Iran is facing a serious water shortage, and many of its lakes and wetlands are steadily drying out. High water consumption and a continuing decline in precipitation across the country are considered to be at the root of the problem.