More than 120 workers at the Iran Barak textile company in Rasht have entered their 31st day of strike. 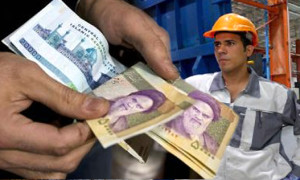 ILNA reports that the workers are protesting nine months of unpaid wages and problems with their benefits.

Although the company did pay workers two months’ wages this month, they are still owed eight months’ pay because the wages for June have now been added.
On Tuesday, the company director was supposed to execute a drafted settlement but he failed to show up for the meeting.

In a letter signed by 80 workers on Wednesday June 17, they asked the Gilan minister of labour to intervene in the matter and order management to observe the legitimate rights and demands of the workers.