The International Energy Agency reports that Iran’s crude exports in May of 2015 made a big jump after being dragged down three years ago by the tightening of international sanctions on the country’s petroleum exports. 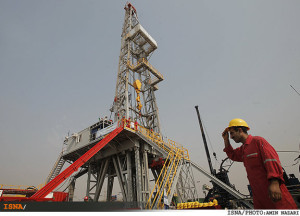 According to the report released on June 11, Iran exported 1.4 million barrels a day in May, which was 235,000 more barrels a day than in April. This is reportedly Iran’s highest level of crude exports since June of 2012, when the U.S. and European sanctions kicked in.
The IEA reports that Iran pumped a total of 2.85 million barrels a day last month, speculating that it is preparing to further increase its oil exports as soon as the sanctions are fully lifted.

Before the sanctions on its oil trade, Iran was the second-biggest oil producer in OPEC but in the past three years it has fallen to fifth place.

The IEA reports that Iran’s oil production facilities have the capacity to produce 3.4 million to 3.6 million barrels a day within a few months of the sanctions being lifted.

The ongoing negotiations between Iran and the world powers over Iran’s nuclear program are set to culminate by the end of June, at which time it’s expected that all sanctions against Iran will be dropped.