On Monday May 11, Mohammad Bagher Ghalibaf, the former Tehran police chief and current mayor of Tehran, made statements about the need for green spaces in the capital, then expanded on recent speculation about the transformation of Evin Prison into a public park. Officials are planning to build new prisons and to shut down Evin. On the Evin Prison grounds, located in one of Tehran’s most expensive neighborhoods, they are planning to build a park and a number of other buildings. 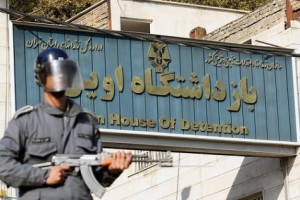 The news deeply affected those who have served sentences in Evin Prison, either before or after the Revolution, those whose relatives were executed there and those for whom the name “Evin” is reminiscent of traumatic memories; the transformation of a place where multitudes have been tortured and executed into a recreation centre and its appropriation by land speculators is akin to another trauma.

Evin is a historical symbol: a relatively new prison that became prominent in the 1970s as the menacing facility for holding political prisoners. When its doors opened at the time of the Revolution, there were expectations that it would be turned into a national museum celebrating resistance and the struggle for freedom. However, the new rulers had urgent need of it. Before long, many of those who had served time as political prisoners under the Shah’s regime were arrested again. Abuse, torture and killings became even more severe than they had been during the Shah’s rule. The name of Evin reached beyond Iranian borders and became synonymous with oppression and the violation of the most basic human rights.

Evin is not just a piece of land or a miserable set of buildings and cells; it is a title for a chapter in Iranian history and the collective memories of all those who suffered and languished in it and through it.

Zamaneh is lending media support to Evin prisoners, former or present, and their families and friends to build a monument in remembrance of their experiences. The Evin Memorial campaign is an initiative to collect and compile their memories. 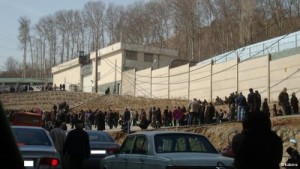 “Evin” is a common name for all prisons; “Evin” is the contemporary history of Iran. It is the prison used by both the Pahlavi and the Islamic Republic regimes. The rulers have long been cooking up the idea to declare Evin deserted in order to hand over the property to Tehran municipality for its transformation into a “recreation centre”. Land speculation is at the root of such a scheme.

Our dream, the dream of those who were tortured in Evin, who passed our lives there in envy of freedom or who had our loved ones subjected to torture there, was to see Evin turned into a museum, with input from prisoners who languished there under either regime. Now they plan to erase the very image of Evin from history in order to replace it with a “recreation centre”.

Let us raise our voices in protest! We are calling on all those who have served time in Evin, or had their loved ones imprisoned or executed in Evin! Let us recount our stories of those experiences!

Come let us build a memorial with our memories. Our voices will endure! Our words will become eternal!

Zamaneh is lending a hand to build the “Evin Memorial” by dedicating a space to the posting of these memories on its Persian website. Some of the stories will also be translated and posted on Zamaneh English website.

Your stories can be sent to Omid Montazeri at OmidM@RadioZamaneh.com

The Revolutionary Guard Threatens Iranian Protesters with a Crackdown that is already Happening; Tens of Protesters Killed