OPEC announced, after a meeting on Friday June 5, that it is not adjusting its production quotas. 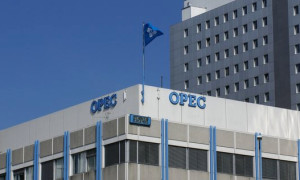 The Organization of Petroleum Exporting Countries said that despite the 40-percent decrease in the price of oil in the past year, it will maintain output at 30 million barrels a day.

According to Qatari Energy Minister Mohmmad bin Saleh al-Sada, the decision was unanimous and all 12 countries felt “demand and supply were of a healthy nature”.

Iran’s oil minister announced last Wednesday that his ministry has informed OPEC that it will increase production as soon as international sanctions against the country are removed, and that OPEC should consider this in its decision-making because Iran will not seek permission from the organization before it changes its own production output.

Iran and the 5+1 are supposed to reach a final deal on Iran’s nuclear program by the end of June, which should result in the lifting of international sanctions on Iran’s petroleum exports.

On June 5, the price of a barrel of Brent oil on international markets rose slightly to $62.48 dollars.